The projections use a camera to detect movements, a computer to generate images and a video projector to show the picture.

In order to provide good contrast for the camera, the projection surface is flooded with infrared light by special illuminators.

Take a look at he picture below to get an impression of a basic setup: 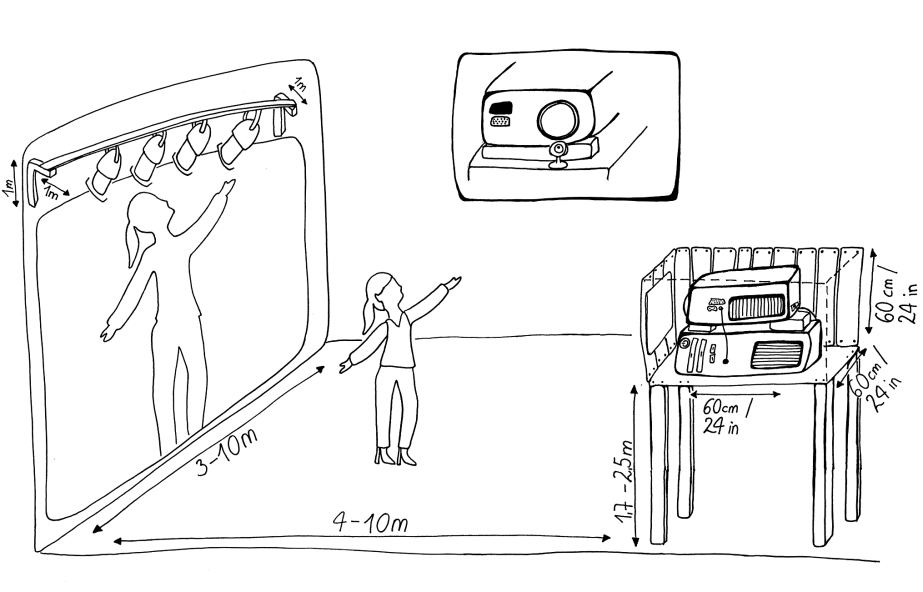 When choosing a location for the projection, keep the following factors in mind:

Any surface that is reasonably bright and flat works.

The things and conditions are necessary: